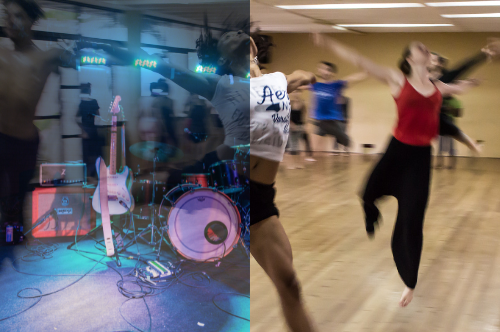 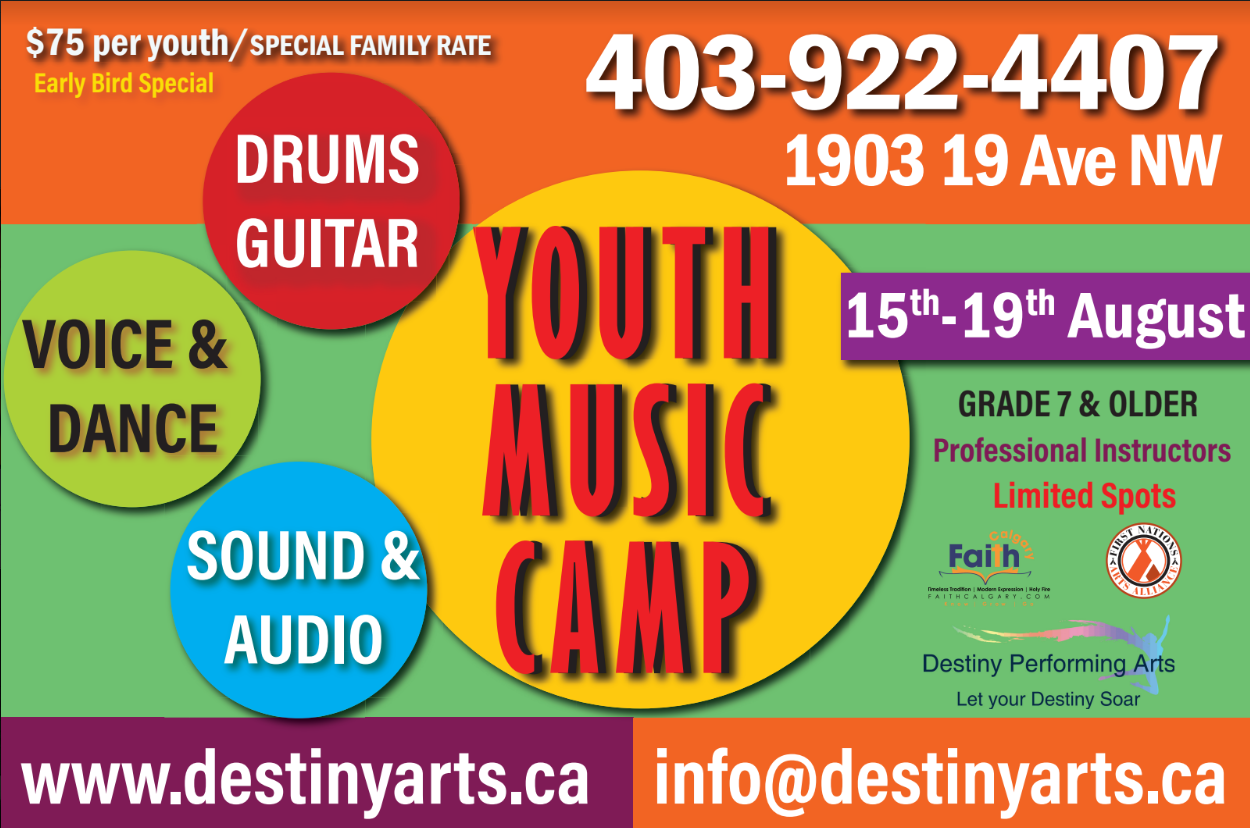 This program event promises to be absolutely awesome for youth to enjoy learning experiences in a fun and safe environment. We are dedicated to the development of our youth in a positive and structured way to secure their future, creating responsible adults in our community.

*Unfortunately, we don’t have the resources at this time to assist youth with behavioral issues. 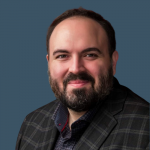 In the 90 minute introduction to voice sessions, Paul will offer beginner-level lessons to students which will give them the confidence to perform live through proper breath management, singing posture and healthy vocal sounds, all while having lots of fun. Students will learn the basics of Italian Bel Canto classical singing, musical theatre, and crooning-style singing. Each style of singing will include principles from the Alexander technique and the Trimble Breathing Method.

Paul Stoia began his professional studies at Opera Stage in Lucca, Italy under the direction of renowned Italian Bass-Baritone Francesco Facini. With Facini’s recommendation, he then studied in the US with long-time Aspen Music Festival professor Michael Trimble at the Trimble Vocal Institution.

As an Operatic tenor, Paul’s past performances include Un Venditore in Puccini’s Il Tabarro with Opera Niagara, Prince Yamadori in Puccini’s Madame Butterfly with Opera Kitchener and the role of Francis in the Canadian opera Beatrice Chancey with the Western Opera. Prior to his opera career, Mr. Stoia’s first performance was the lead role of Javert in the Broadway Musical Les Miserables in Kitchener.

In December of 2019, managers in Berlin asked Mr. Stoia to prepare the roles of Wagner’s Siegfried and Calaf from Puccini’s Turandot. He is currently preparing both roles with former San Francisco Opera Director of Musical Studies and The Merola Opera Program alumni staff Mark Morash.

Mr. Stoia holds a Pre-Health Science Diploma from Conestoga College, where he studied extensive anatomy and physiology, which he applies when teaching safe singing technique. He holds a Bachelor of Arts degree from Western University, a Master of Theological Studies degree from the University of Toronto and obtained his accreditation with the National Association of Teachers of Singing (NATS) in 2015. 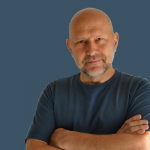 In the 90 minute introduction to sound and audio sessions, Mike will explain system components (what are all these wires and where do they go?), setting levels and balance (why are there so many red lights flashing?), tuning and equalization (why are people covering their ears?), critical listening (sound coming from speakers and humans), and hands on practical setup and evaluation/graduation (takeaway resources and tools).

Mike Kemp started performing professionally in the music industry by the age 10. He transitioned to audio recording and producing at age 16. Under the tutelage of leaders in the audio industry in Calgary, he expanded into live audio mixing and system tech. His well sought-after skills led to him working with many local, national and international music artists.

Graduating from the Southern Alberta Institute of Technology’s Broadcast Electronics Program added more depth to his technical and working knowledge of both audio and video system operation, design and repairs.

As Technical Director for the Discovery Dome Theatre at the Calgary Science Centre for ten years, Mike provided the technical expertise to keep the state-of-the-art facility operating for public and private client events as a well as the design and implementation of their local area network, file, web and email servers.

Mike’s technical skills were then deployed on the campuses of the University of Calgary for fifteen years performing technical repairs, audio system tuning, system installation and consulting. Interspersed during his time at the University, Mike was a major contributor in the production of a docuseries about ancient time keeping systems used throughout the world. Responsible for creating and editing the soundtracks and sourcing, shooting and editing video and coordinating with translators, this series reached hundreds of thousands throughout the world.

Mike currently resides in Calgary with his wife Heather who is a graduate of The Alberta College of Art and Design who is a notable contributor in the Calgary Arts scene. 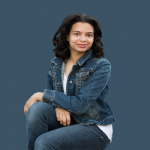 Alisha will be assisting Edward in the 90 minute introduction to dance sessions. They will be explaining the color and meaning of flags and how to properly use them. They will also explain structure of movement and dance and demonstrate using regular and techno flags.

Alisha Jukes has 9 years formal training and many years of dance performance experience plus 2 years choreography experience. She is currently a member of The Royal Academy of Ballet. When she was young, she performed in a worship group that incorporated flagging into their dance.

She aspires to help students learn the proper techniques to flagging and help the advanced students discover more ways to incorporate movement in dance and better synchronize their flags and feet. 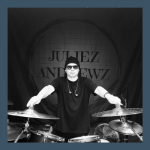 David Espinel started his drumming experience at the age of 6 years old playing in his elementary school marching band. During his early teen years he was involved in the high school band, high school ensemble and in the later years he joined the jazz band program performing and touring all over Canada and the United States. During the high school years David played along Morgan Childs a funk and jazz enthusiast, who has now become a well-established recording and touring drummer based out of Toronto.

David got his professional start at age 17 playing in various clubs and festivals. He has performed and toured with many bands across Canada and parts of the United States including a gig at the world-famous Whisky A Go-Go in Hollywood in the summer of 2014 where he opened for LA Guns.

David has taught drum lessons at Rhythmic Studios, Music Makers and Long & McQuade in Calgary for just over 9 years. David also studied drum theory for a short time at Musicians Institute in Hollywood, California. David teaches kids starting at 8 years old and up. 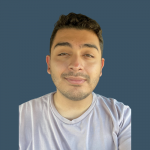 In the 90 minute introduction to dance sessions, Edward will explain the color and meaning of flags and how to properly use them. He will also explain structure of movement and dance and demonstrate the use of regular and techno flags. His desire is to encourage individual creativity and synergy using choreographed dance as well as freestyle dance.

Edward Orellana likes to inspire his students through sharing his testimony and the development of his own journey with dance. He refers to stories in the Bible where people worshipped the Lord with dance and flags and the pleasure it brought to the Lord as an important motivator to move beyond embarrassment and self-consciousness towards embracing and enjoying this form of worship.

Edward strongly believes that dance and flagging is a beautiful and authentic way to give praise to the Lord that goes beyond words and music. In his experience, he has witnessed expressive movement of the body to be effective and enjoyable for either gender – boys or girls.

Edward is self-taught, doing dancing and flagging worship for the past 7 years. He has served as a leader in Youth and Children’s Ministry at his church in Columbia and now in Calgary. 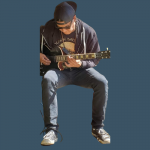 In the introduction to the guitar sessions, Ty will teach proper chord structure and putting melodies together as well as the effects of pedals and how they can be used to enhance guitar sounds. He will also demonstrate cultural music techniques that can be used in song writing.

Ty Lee Storm is a full-blooded Blackfoot Indian raised on the Blood Indian Reservation in Southern Alberta. He started playing guitar at the early age of 13 years old. His mother Joanne Storm first taught him how to play and since then he has blossomed into a skillful professional guitar player. His studies include Forensic Accounting and a minor in Music at Southern Oregon University.

Today, Ty is an accomplished recording artist, teacher and musician as well as an inspirational motivational speaker. He incorporates traditional Blackfoot songs into modern rock and blues through the piercing sounds of his guitar. He teaches introductory and intermediate guitar classes to students using cultural techniques taught by First Nations musicians and artists such as Olivia Tail feathers, Joanne Storm and Trevor Prairie Chicken.

*Please enter the appropriate amount in the following screen, based on the number of youths you are registering.